Interview With Burn The Negative

CONSTRUCTED ENTIRELY OUT OF BINARY, AMSTRAD CIRCUITS AND A HANDFUL OF MISFIRING SOCKETS 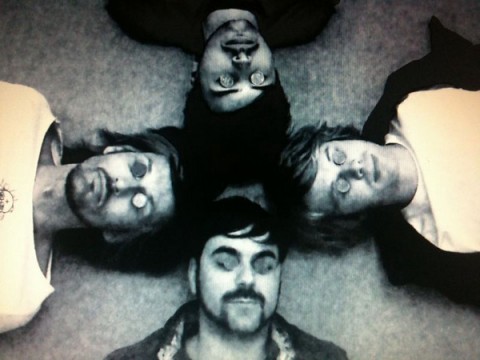 Interview With Burn The Negative

CONSTRUCTED ENTIRELY OUT OF BINARY, AMSTRAD CIRCUITS AND A HANDFUL OF MISFIRING SOCKETS

Burn The Negative are a Carlisle art-disco four-piece who formed as recently as 2008. If you’ll believe the rumour mill they are constructed entirely out of small pieces of binary, some leftover Amstrad circuits, a few drum skins and a handful of misfiring sockets. Their Abbey Road-produced debut album of android disco (In The Atmosphere) duffs a cap peak to their heroes Japan, as well as Bowie, Eno, Kraftwerk, Joy Division and even (vomit) The Killers, whilst retaining a wry, ironic feel that isn’t ashamed to bait scenesters and then batter them into submission with melody, humour and derivative synthesisers. It is an innovative mishmash of digital disco and trashy electro that spans 70s agit-punk, 80s MOR-rock and 90s acid-house, and has earned them slots at Ibiza Rocks, Glastonbury, V Festival, the Isle of Wight, Creamfields and the O2, as well as the usual media acclaim (NME Club Chart: Number One, The Guardian: Band Of The Day). DJ Magazine even went as far as dubbing them the ‘saviours of electronica punk funk’.

2010 has seen Burn The Negative trying to hone their gung-ho electronic nu-wave sound into something bigger, bolder, stronger and more mature, and their ‘difficult’ second album (How To Weigh The Human Soul) will leave factory floors and audibly syringe ears everywhere on Monday 30 August. They’re promising that it’ll be something that both the pop masses and discerning electro fans will enjoy, as well as the loveable, gurning lunatics at the front of the festival moshpits who have taken Burn The Negative en masse to their sweaty, palpitating, and occasionally misfiring hearts.

Kindly taking time out from being insanely in demand the lads took some disturbing snaps for us, which just go to show that the party always catches up with you eventually. They dropped this (Thirteen Pieces) in for you to download too so that you can see how hard they are to categorise. So hard in fact that maybe it’s time for me to let the images and the audio do the talking. That’s the idea of this website after all.