Interview With Banjo Or Freakout 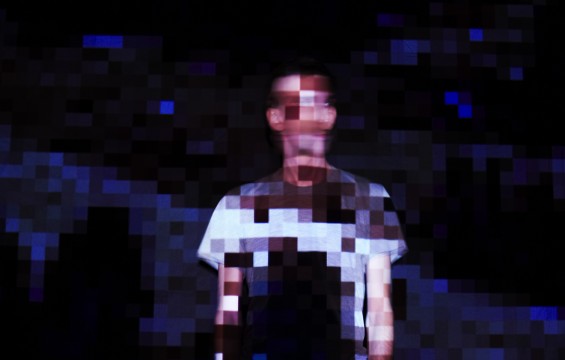 Interview With Banjo Or Freakout

Banjo Or Freakout? As a question it’s hard to answer because I love a chaos-driven mind-melt as much as I love the countrified plinkety-plonk of a bluegrass axe. As a band name however – and without the eroteme – it’s positively genial, though slightly misleading if you’re looking for a clue as to the component parts.

Banjo Or Freakout is actually just one man – Alessio Natalizia. Alessio grew up in the medieval Italian town of Vasto where a musical grandparent bought him a classical guitar when he was eight and unwittingly jump-started his audioventures. After moving to London and producing acclaimed remixes for artists as diverse as Burial and Wild Beasts, Banjo Or Freakout’s first EP (Upside Down – which has an amazing video) was swathed in gauzy melancholia and released to critical acclaim in 2009. Alessio continued his fervent home-recording and by early 2010 had amassed over a hundred demos. Nicolas Vernhes (Animal Collective, Dirty Projectors and Bjork) heard these sonic doodles and invited Alessio to New York to record his debut long-player. They spent two weeks recording, with Alessio playing most of the instruments, Nicolas chipping in on some guitar and synth parts and Matt Tong of Bloc Party playing occasional drums. This subtly explosive debut LP was released on 21 February on Memphis Industries. It’s a heady collection of introspective beats forged with eyes cast towards blue skies. It’s heartfelt astro-pop and the immediacy of Banjo Or Freakout’s sound – woozy tremolo guitar, heartfelt vocals, oblique lyrics and tribal beats – suggests something ethereally intangible and visceral.

Whilst you peruse these photopixels you should treat your ears to this free download – Go Ahead (Tropics Remix). If you like what you see and hear then you should know that Banjo Or Freakout have confirmed a London headline show with the sterling folk at Eat Your Own Ears on 19 April. It’s at The Macbeth and is free to get in, though you have to register here first.