A WHISPERED SOJOURN ACROSS A DESOLATE AND VAST TUNDRA 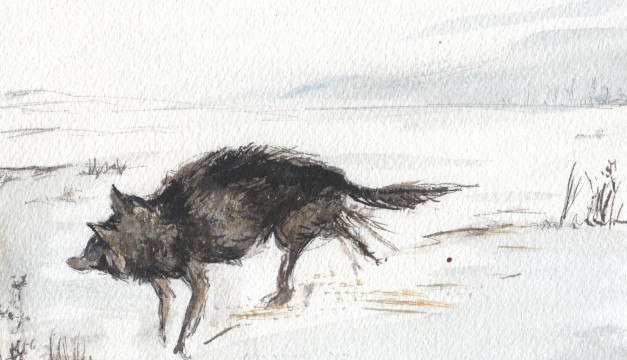 A WHISPERED SOJOURN ACROSS A DESOLATE AND VAST TUNDRA

Balto are a sparkling six-piece who create music that journeys from the Ural mountains to the Appalachian foothills, taking in every iota of influence along the treacherous, desolate route inbetwixt. The band were born as a result of the time frontman Daniel Sheron abandoned his life in Moscow on a whim and went journeying and adventuring through the vast wilderness of Siberia. Against an ever-shifting backdrop of railways and desolate waste he wrote a cycle of songs to tell the story of what had happened in that strange country, why he had exiled himself and why he thought it mattered. On the morning of 15 December 2010 – and on an altogether more hospitable continent – six friends (including Daniel) entered the Grand Street Recording Studios in Brooklyn, New York and emerged that night with an album – October’s Road – a long-player which takes the listener step-by-frozen-step along Daniel’s sonic sojourn across that vast tundra (think: Mansun’s ‘Wide Open Space’ covered by Iron & Wine). Some people are dubbing this Trans-Siberian Americana. I however, much prefer the notion of Folk-Steppe.

Invoking images of the American Midwest, their first UK single (and album opener) The Railyard (out 27 June) perfectly captures the character of the band. The track is a haunting letter to a long-lost lover and was written in an overcrowded, third class sleeper car between Irkutsk and Krasnoyarsk. It’s a fascinating track, perfectly depicting the images of Siberian wasteland as a beautiful cello solemnly whimpers beneath Sheron’s heartfelt, distinctive vocal. You can imagine tumbleweed rolling by in long-abandoned towns as a lonesome harmonica, heavy accordions and trickling mandolin melodies fit underneath a vocal that carries a must-hear story. Because we’re full of glasnost, perestroika and Russian Standard you can download it for free here.

Having spent the past months building a stellar reputation within the New York music community, Balto now aim to take their story and journey back to Europe. Until your paths invariably cross you should immerse yourself in their photos and music – but be sure to wrap up tight. And don’t forget the vodka, pelts and pickled gherkins.