TIGHT UNCOMPROMISING RHYTHMS, IRONIC BONHOMIE AND A FISTFUL OF FLOOR-STOMPING 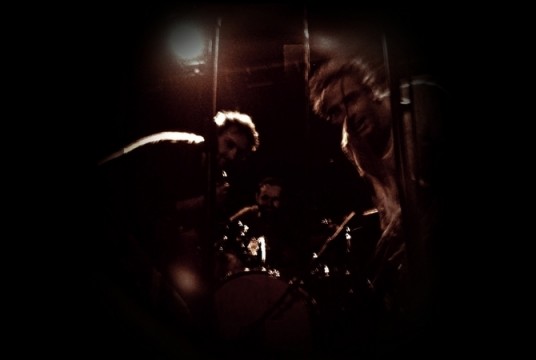 TIGHT UNCOMPROMISING RHYTHMS, IRONIC BONHOMIE AND A FISTFUL OF FLOOR-STOMPING

Alberto Veto are, despite sounding like an Italian loner, a three-piece from Nottingham. Whilst no direct comparisons hit that elusive nail on the proverbial head, there are shades of The Dears and the creative insensibilities of (fellow Negative Narrative contributors) The Flaming Lips in their music, which boasts of a brash angularity and carries a certain element of macabre cabaret.

Alberto Veto‘s debut album (Into Glory Ugly Heart) was self-released on Cabaret Beatings in early December (you can buy it here). The record states the band’s intentions clearly with tight uncompromising rhythms, ironic bonhomie and a fistful of floor-stomping. The vocals reek of Bryan Ferry and David Byrne, and the lyrics are bespokely-crafted and delivered with the spit and angry wit of Charles Bukowski. All in, it forms a dark, sarcastic soundtrack to a reluctant journey through a shady, tetchy world, not dissimilar to the one that Lupen Crook inhabits. It is an insightful, joyous and occasionally challenging trip, which veers betwixt knockabout garage and rock deconstruction, before epically climaxing with Since We Withdrew, which you can download here by way of a free taster.

Hopefully these photos will allow you a sneaky peek through their looking glass. The dark vignettes sum their music up far better than my tired words ever could.