EPIC LIKE THE OCEAN; VAST, EXPANSIVE AND AWASH WITH STRANGE CURRENTS 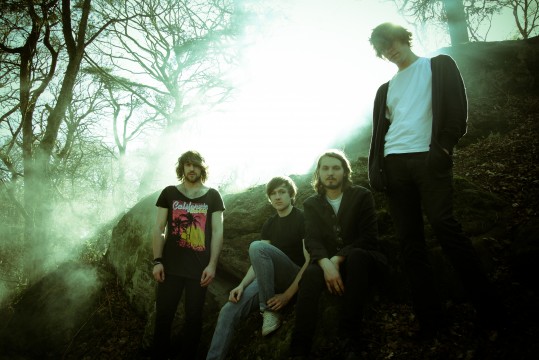 EPIC LIKE THE OCEAN; VAST, EXPANSIVE AND AWASH WITH STRANGE CURRENTS

Airship are epic like the ocean; vast, expansive, saline, awash with strange currents and tidal patterns, and  yet to be fully mapped out by the human mind. Since forming in 2008 this Manchester four-piece have notched up acclaimed support tours with Editors, Biffy Clyro and Frightened Rabbit, and it is on these jaunts that they fervently developed the songs which make up their debut LP.

Airship release their new single (Algebra) on 5 September (see the video below). It is taken from their forthcoming debut album (Stuck In This Ocean) which will be released on the same date. Their album sounds stadium-ready; ebbing, flowing and barrelling – equal parts white water, phosphorescence, sink holes and unforgiving rips.  You can download Spirit Party here for free and, if you’re planning on diving deeper into this vast expanse, be sure to keep an eye out for sharks. They can probably already taste your tinny, bendy, oxygen-starved blood.