Interview With Preview: Festival No. 6

Festival No.6 – the UK’s most unique and civilised festival – returns next month for its third annual outing; unwilling to rest on the laurels of critical acclaim or become just another number, and packing a predictably pioneering programme of music, art and culture.

Festival No.6 takes place 5-7 September in the stunning village of Portmeirion on the west coast of Wales. If you’re old enough, you’ll recognise it as the home of cult TV series The Prisoner. The acts will perform across the entire site, from the Colonnade Gardens, to the picturesque Estuary Stage; against a back drop of neo-classical architecture, sandy beaches and palm trees. As well as the music, there is a whole host of cultural happenings taking place over the weekend from talks on the piazza to impromptu theatre and film screenings, torch-lit processions, a carnival, storytelling, comedy, Michelin-starred food, experimental theatre, secret raves, sound installations, pop–up parties and activities on the estuary.

This year’s cultural line-up includes a Dylan Thomas tribute featuring Kevin Allen, Rhys Ifans and Murray Lachlan Young, Julian Cope, Kevin Rowland, Jonathan Meades, Shlomo, Bez’s Question Time and an exclusive Shane Meadows screening. Speaking of which, if you’re a fan of Dead Man’s Shoes, Le Donk & Scor-Zay-Zee and A Room For Romeo Brass, then Paddy Considine’s band (Riding The Low) have also recently been added to the bill, and will be playing at Tim Burgess’ Tim Peaks Diner (which has moved into the bigger space of Portmeirion Town Hall this year and is also running Welsh language classes and Northern soul dancing).

If you’ve got sprogs there will also be an array of childrens’ activities on offer. Not only do kids under the age of ten go free, but they can take part in a rugrats-only rave and a protest march for chiddlers. They’re going to do the real thing eventually so you’d best make sure they’re trained properly.

If all this sounds too good to be true then you can check out our photo review (featuring the likes of Johnny Marr, Slow Club and Frankie Knuckles) from last year’s rain-lashed bash here.

One of the consistent highlights since the festival’s inception has been The Brythoniaid Male Voice Choir. This year, after the choir’s versions of New Order’s Blue Monday and Chic’s Good Times have proved to be huge smash hits previously and turned the choir into true homegrown stars of the festival, Festival No.6 has commissioned them to record their own unique cover of Go West (below).

Tickets for Festival No.6 are available here. 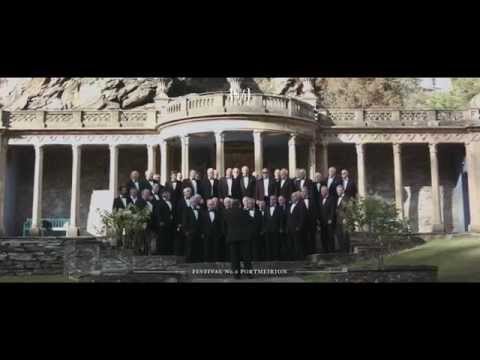