Interview With Festival No. 6

I Am Not A Number proclaim the t-shirts worn by every second person at Festival No.6. They are though. They are numbers one to (slight less than) 10,000 and they are here to roam around an ornate open prison in the name of frivolity.

For a festival pertaining to be nameless and faceless, there are omnipresent icons. Gruff Rhys (see his intraview here) is playing in his Neon Neon guise and DJing. Johnny Marr, Guy Garvey, John Cooper-Clarke and Tim Burgess are (presumably) quaffing Boddingtons back stage. The Twitterati are here too, led by Caitlin Moran who drops names like a butter-fingered registrar. Down on the beach, one hopes, Tricky and Nile Rogers are giving Nicky Wire blowbacks.

This is not an exercise in nostalgia-wallowing however, and the bill also features a wide variety of house, dub, pop, punk, womp, crunk and psych, as well as shanties, stories, processions and pop-ups. Particularly impressive are The Wave Pictures (who play a set peppered with oldies as well as cuts from their forthcoming double album City Forgiveness), Melt Yourself Down (who do just that) and the Brythoniaid Welsh Male Voice Choir (who breathe their bulky baritones into a myriad of contemporary numbers – see below). Sentiment will have the last word however, as Manic Street Preachers bring the shindig to a soggy-eyed, wide-smiled close, making a special exception to end their self-imposed British festival exile in this iconic location (which you might recognise from the cover of their This Is My Truth Tell Me Yours album).

Though the weather ebbs and flows (like the estuary upon which the site of Portmeirion is delicately perched) between blazing sunshine and the more uncomfortable ranks of the Beaufort scale, the unique surroundings, considered programming and attention to detail are enough to transform any minor climatic inconveniences into major climactic experiences. Anyway, enough of my word-herding. Check out these photos. They were taken by Jamie Boynton (the best ones) and me (the other ones). 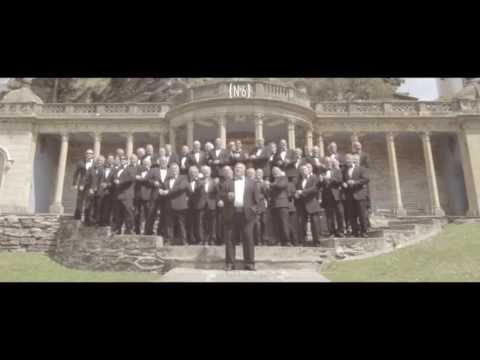